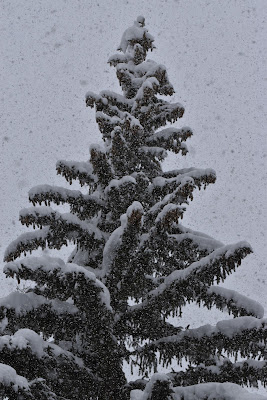 There were several different sizes of flakes that fell during the snow storm. Some were bigger and others were smaller. In this picture, the flakes were bigger than average. This is because of the change in temperatures. As the temperature increases, the size of the snowflakes also increases. The temperature when I took this picture was close to freezing making the flakes large. I like the bigger snowflakes because that allows the camera to capture them falling. With the smaller snowflakes, it is harder for the camera to capture them in the picture. But with these bigger ones, you can clearly see them.
Posted by Travis at 3/21/2019 No comments: