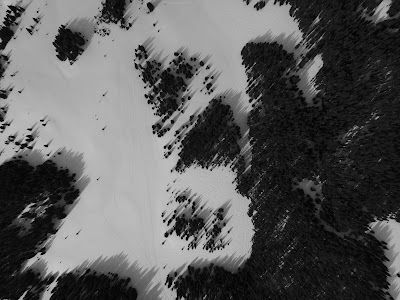 When one of the drone batteries became a little low, I looked down, trying to align myself for a landing. I found the landing spot, but I also found these trees next to me. I saw I had about six more minutes of flight time and took a detour. And what I saw was unlike anything I had seen before. The almost setting sun made for some great shadows, and there were some very nice shadows from the trees. I knew this image had to be in black and white, but besides that, I didn't change anything else. I wanted the picture to speak for itself and to show the unedited scene.