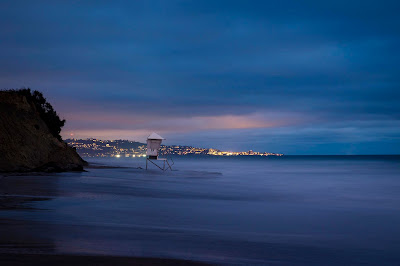 For my final image of the adventure, I wanted to show something that captured both the city and the ocean. As I mentioned a few posts ago, due to the full moon, high tide was higher than average. This meant that the waves crashed further inland. I positioned my tripod on the beach and waited for a wave to crash. The water made the sand shift, which made the image blurry, but my foot is a good stabilizer. Then, after a few tries, I was able to capture this image.