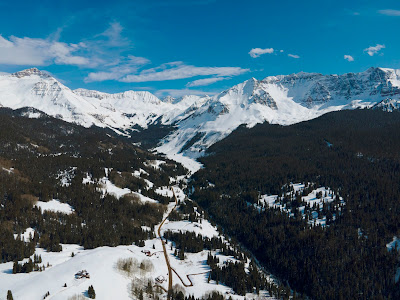 Road to the Mountains

After turning the camera to face south, I found this road snaking through the valley floor. It is appropriately named Trout Lake Road, who would have thought. The lake was also where I saw some film being shot. As we were driving away, I noticed some 'crew' signs on the side of the road. Then, as we drove further west on CO-145, I saw a large gathering of people and some cameras. I am not sure what they were filming, but I guess this frozen lake in the middle of Colorado was the perfect spot.