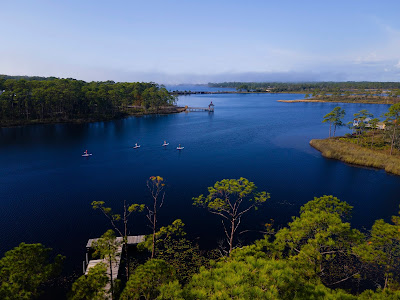 Continuing the adventure on Western Lake, after I received the critically low battery warning and while the drone was forcing me to land, I took this one last picture of the lake. Some paddleboarders happened to go by, which resulted in this wonderful image. From this vantage point, you can imagine my position in the past few images. Monday's image came from the bridge in the background, Friday's image was from far to the left of this but of the same general area, and Wednesday's was from right above that dock. While the ocean was interesting, I think I took most of my pictures at the lake.