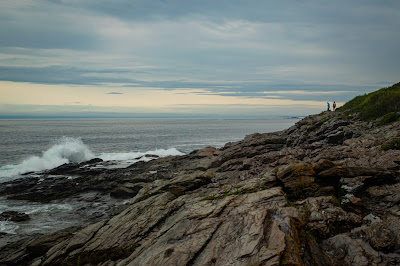 Back to within the park, I walked down on the rocks and found these two people who happened to be standing there. When adjusting the settings for this image, I had two things in mind. The first was capturing the people so that they were not blurry. The second was capturing the crashing waves and trying to make it blurry. See the conflict? I ended up finding some sort of middle ground, with the people frozen but wave semi-blurry. I think I could have slowed the shutter down a little more, but then I would risk blurry people.