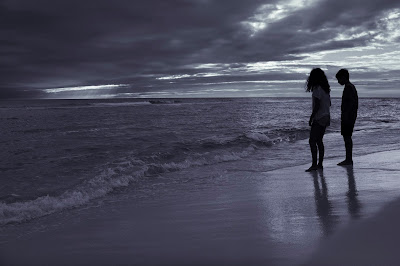 As the sun continued to set, the clouds became more and more interesting. In the color version, you can see bright yellows and some oranges. Although the black and white version doesn't show that, you can still see the sunlight pouring through the clouds in the middle left side of the picture. I wanted to turn the picture black and white to really illustrate the silhouettes. I positioned myself between the sun and my brother and sister and captured them as they were running from the waves. I also was lucky enough to take the picture when they were in the highlight of the clouds, which made their silhouettes sound out even more.