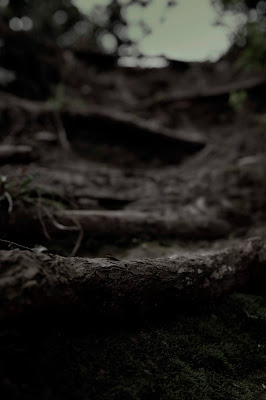 Next, as I was walking around the stream, I found these roots. Originally I didn't think much of them but decided that I should attempt to catch a picture of them. When I took the picture, I took it from a low angle to make the roots appear as steps. When editing, I added an interesting filter. I only had it apply to the top half of the picture but turned down the saturation on the lower half. Overall, I really like the picture and think it came out much better than I was anticipating.
Posted by Travis at 5/11/2020 No comments: