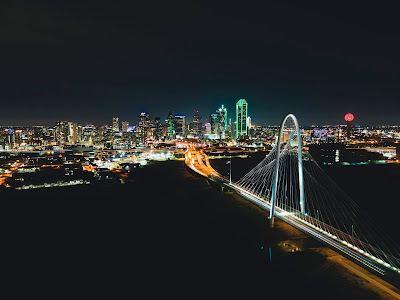 After switching the battery, I flew a little to the north and west to capture the entirety of downtown Dallas, including Reunion Tower. When editing, I wanted to magnify the glow that came above downtown. To accomplish this, I increased the amount of grain in the image. I don't often do this because I like my images to be crisp and clear, but recently I have been experimenting with this technique. It works in images like these because it increases the glow, but for regular images taken during the day, it is not effective.